Flachstelle I was created in collaboration with Julien Fargetton as a commissioned work for the artcamp of the dockville festival.
On site, in a tree, a ball throwing machine was hidden, which would shoot three soft tennisballs each ten minutes through the crown of the tree.
On the other side of the tree, a giant target was marked on the floor, indicating where these balls might hit. Due to the almost 90 degree angle of the trajectiory none of the visitors could figure out where the balls were coming from.
All balls were signed before being shot. 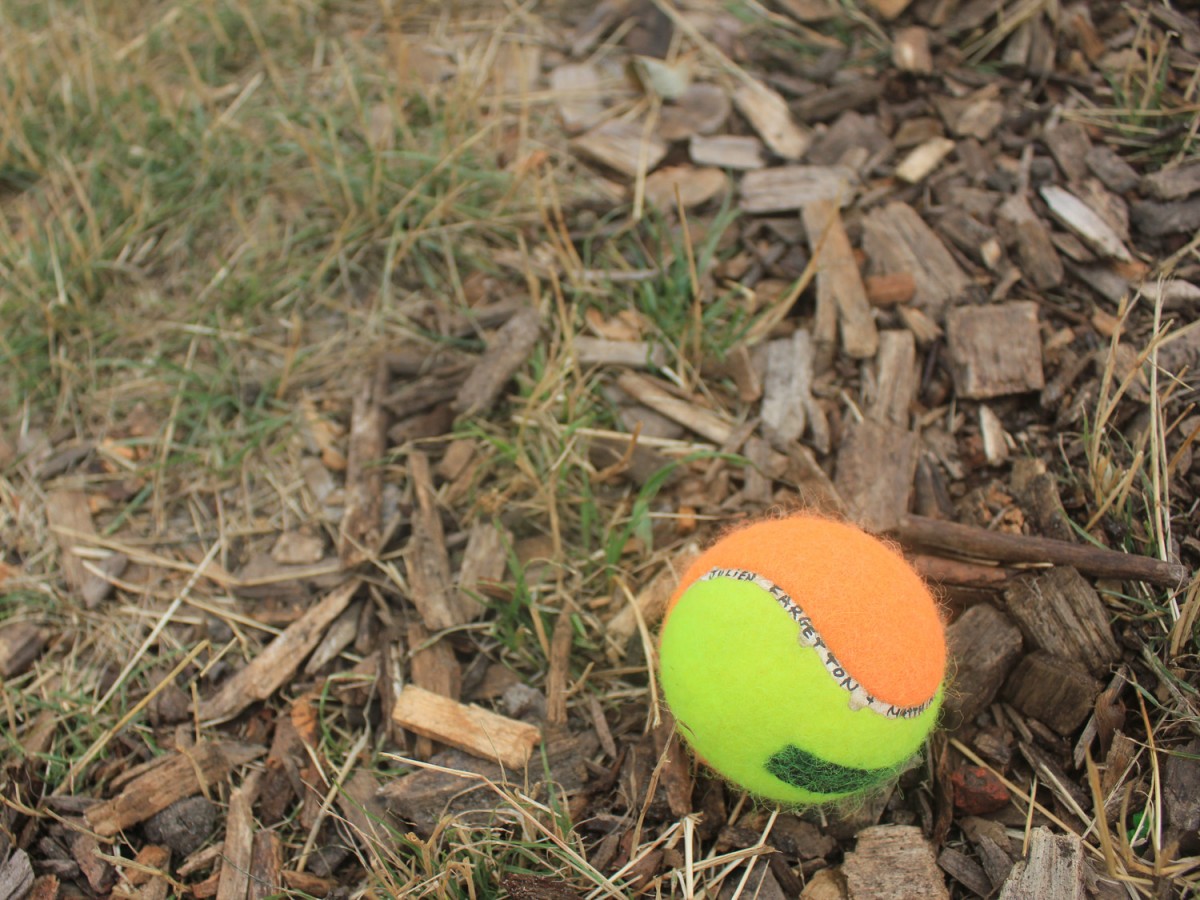 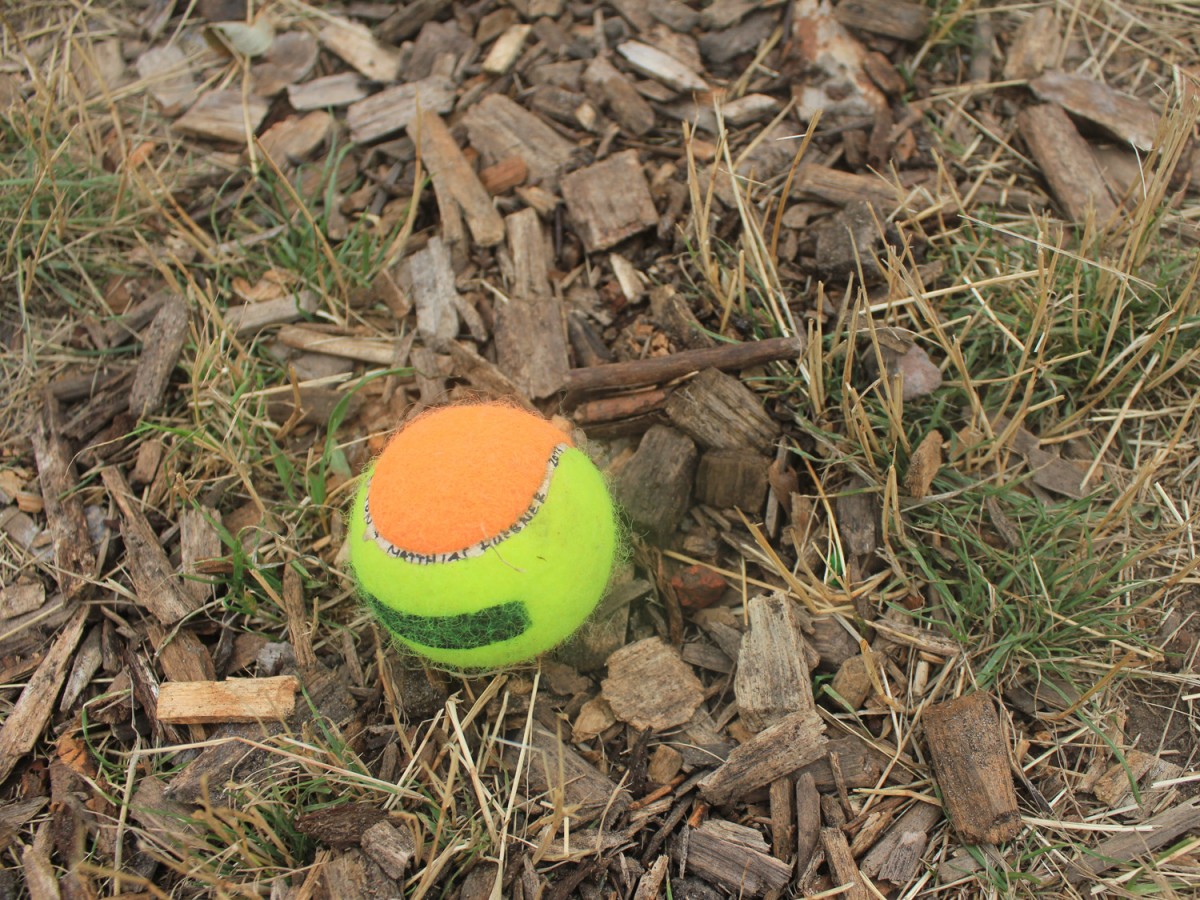 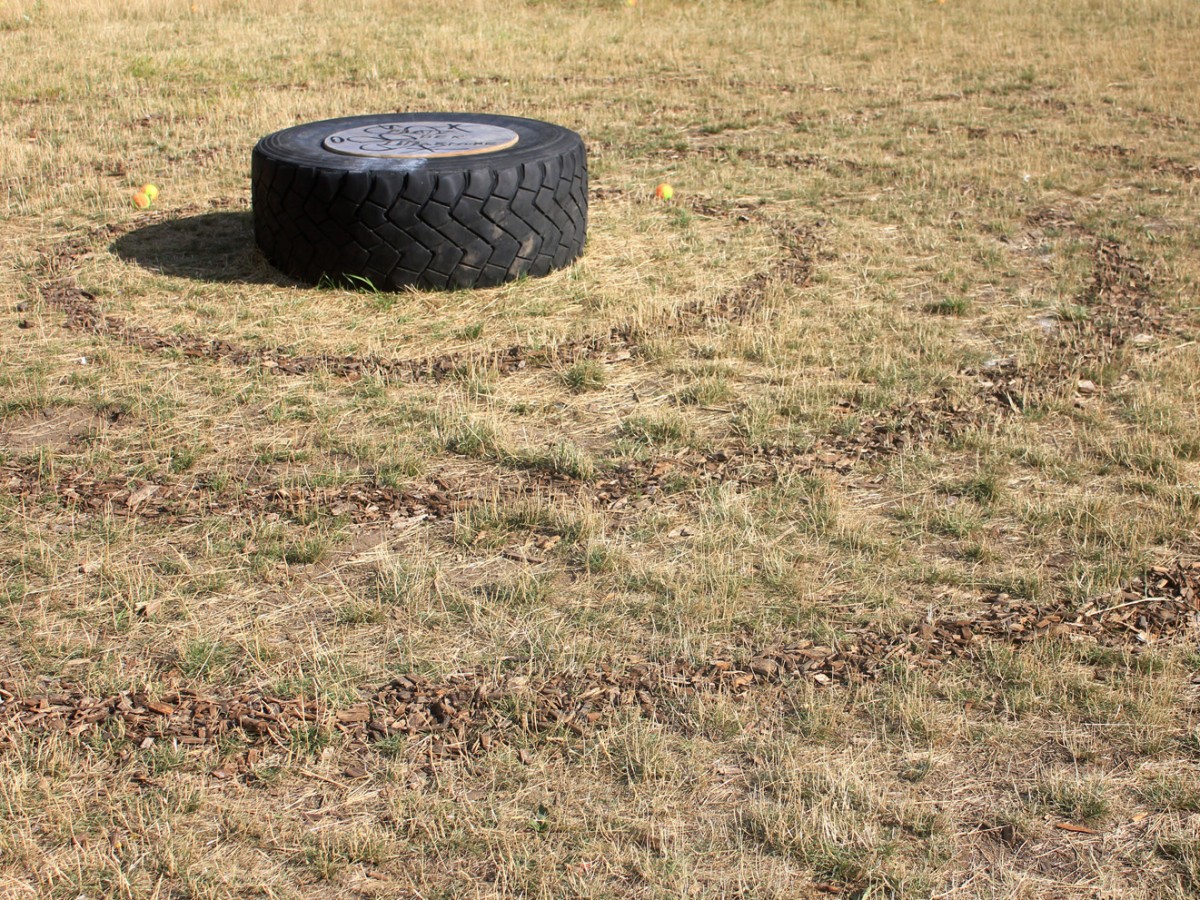 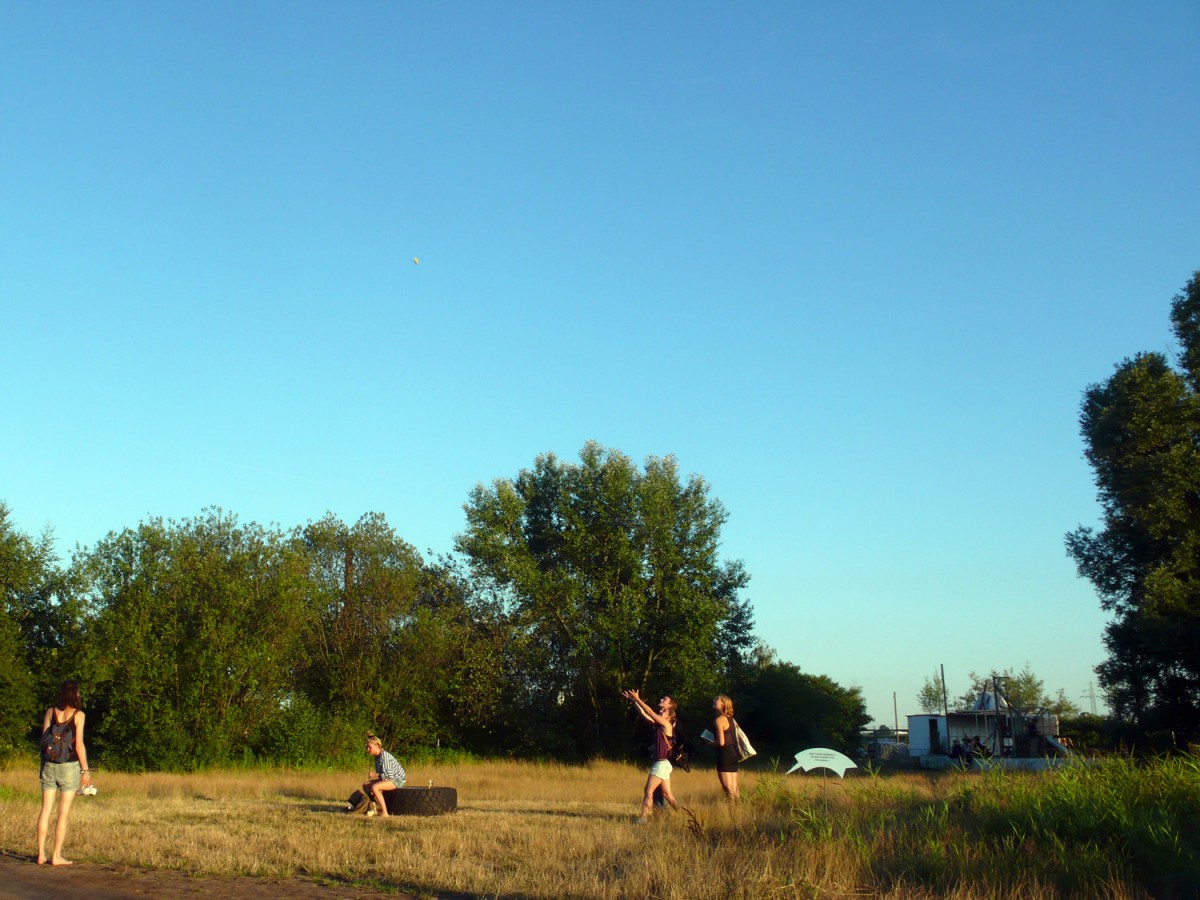 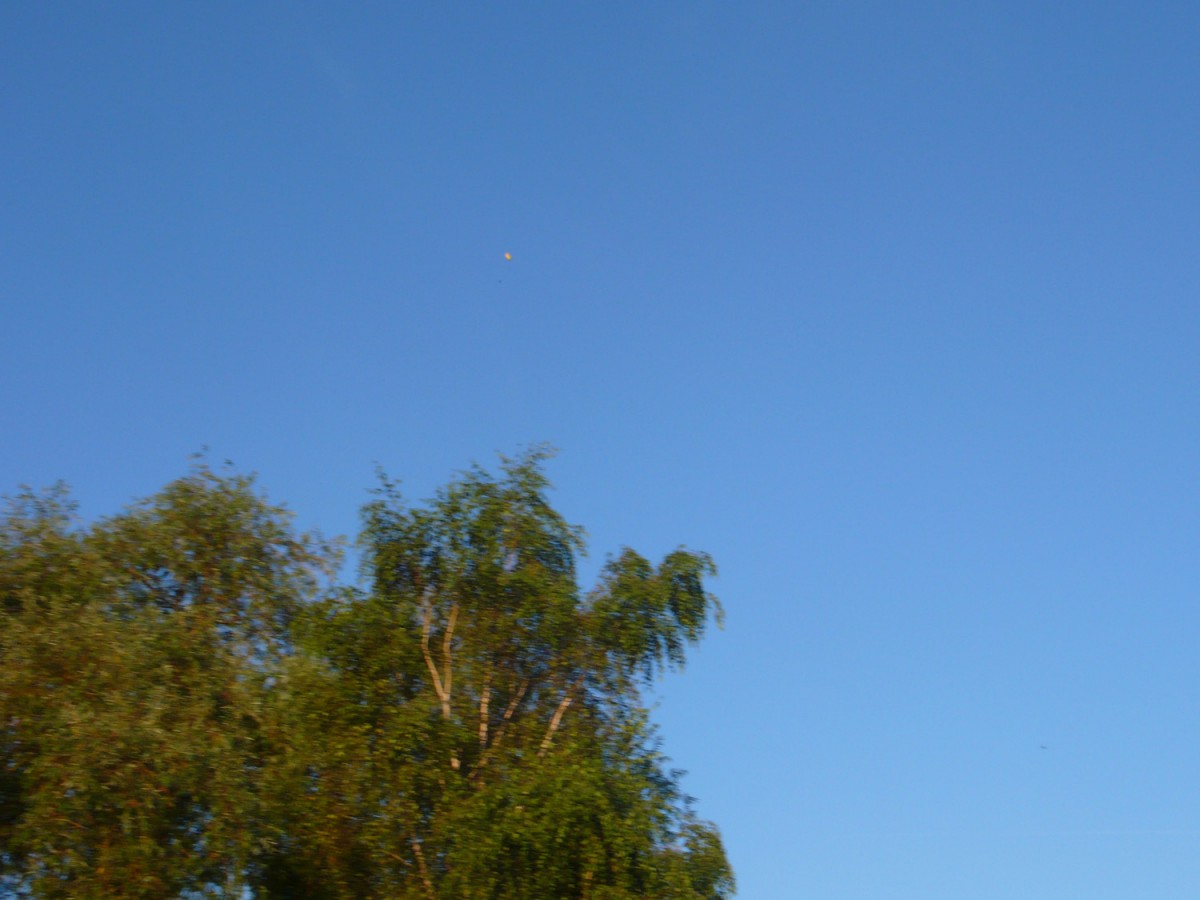 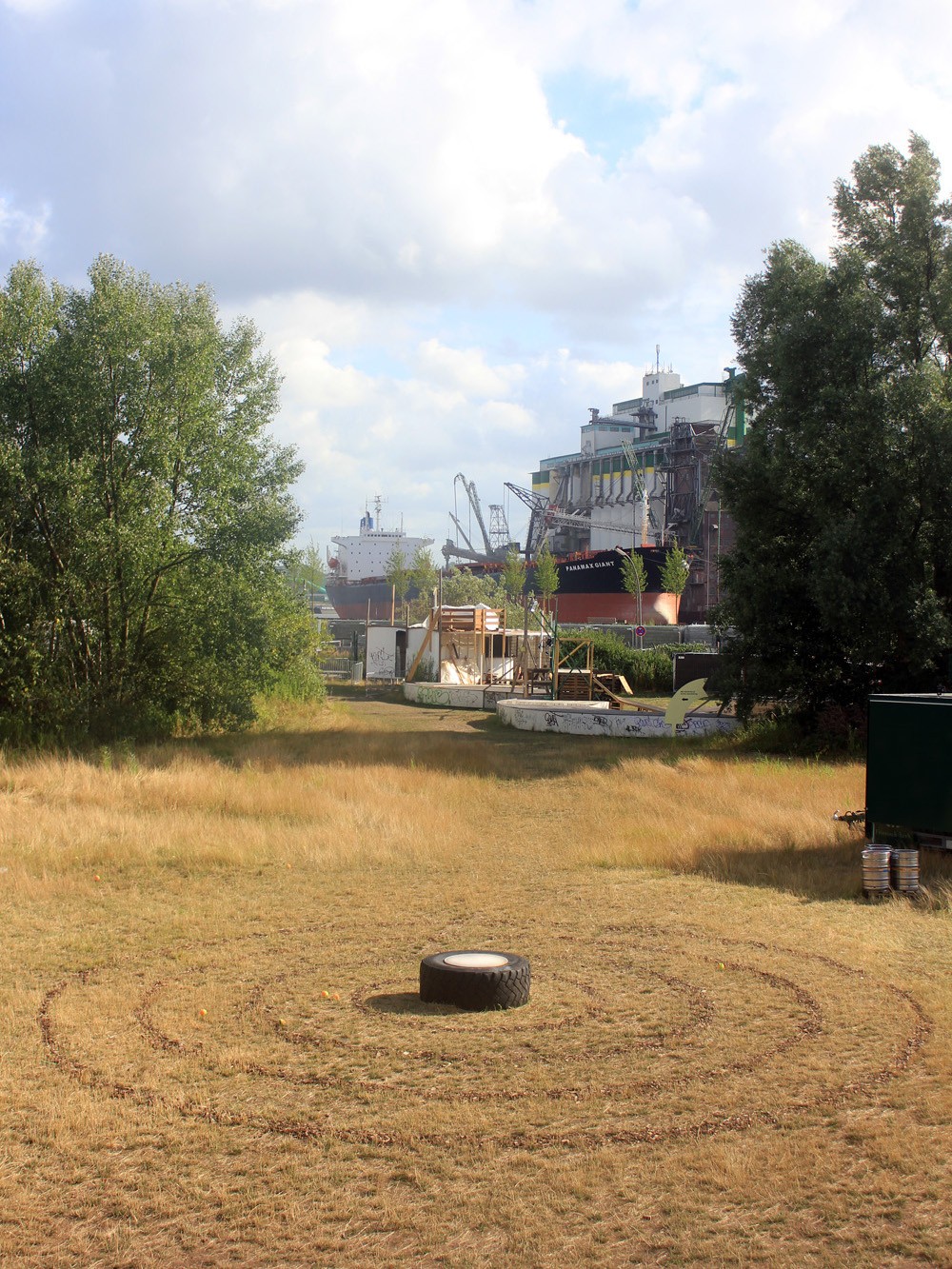 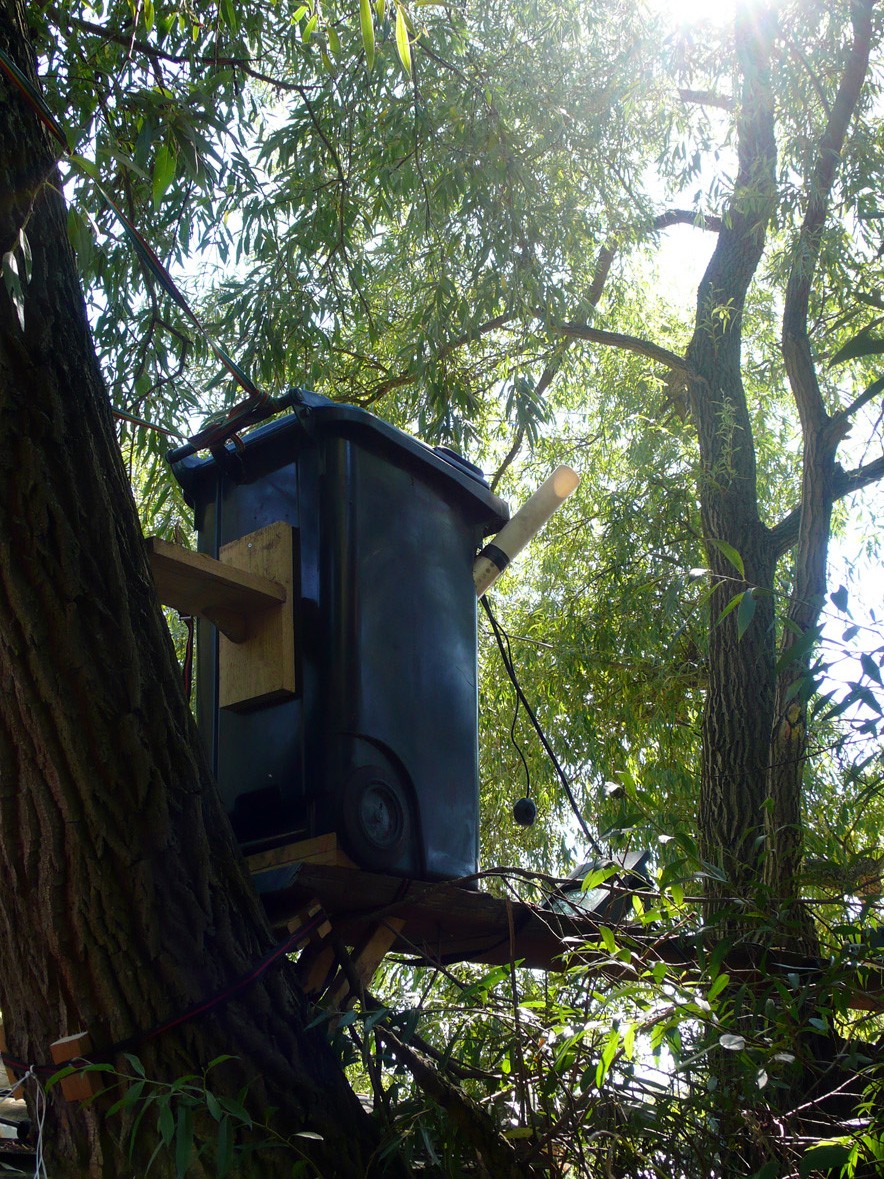